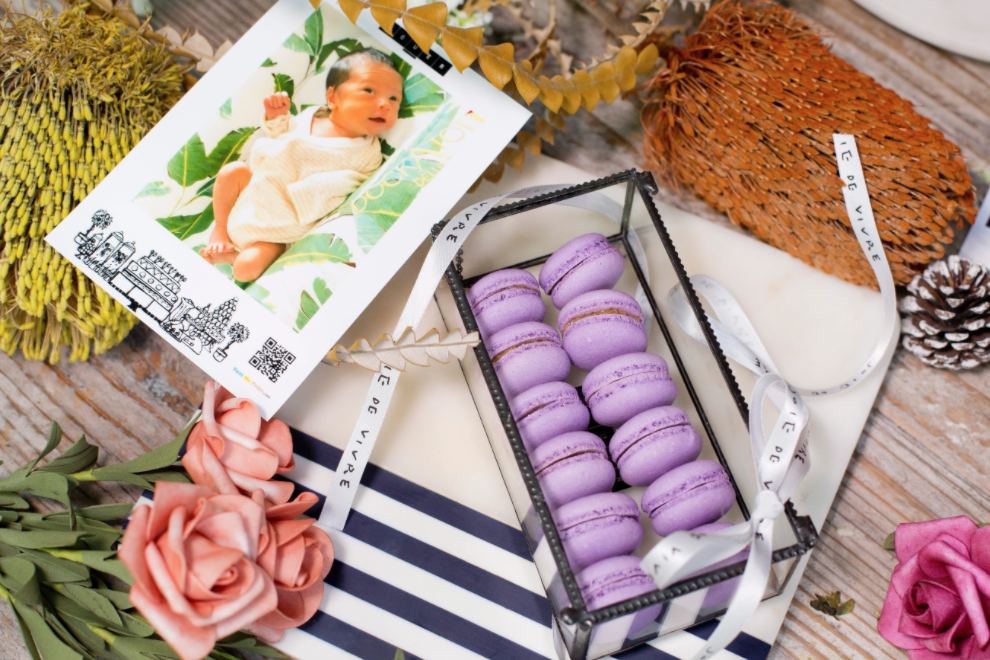 If you’re a new or expecting Hong Kong mum, you’re probably looking forward to some delicious 薑醋（ginger vinegar pig-trotter stew), the traditional Chinese postnatal dish that replenishes new mums with all the hearty nutrition they need after delivery. It is also a traditional birth announcement - new mums serve up pots of 薑醋 to friends and family when the little one is 12 days old.

As delicious and healthy as 薑醋 is, it is an incredibly time-intensive dish to prepare. One needs to air dry pieces of ginger on a towel for two days, prepare the pig feet, simmer all ingredients for about 2 hours in a large clay or ceramic pot, and then let the ginger-vinegar mixture to sit outside for 2-3 days for the flavours to properly meld. 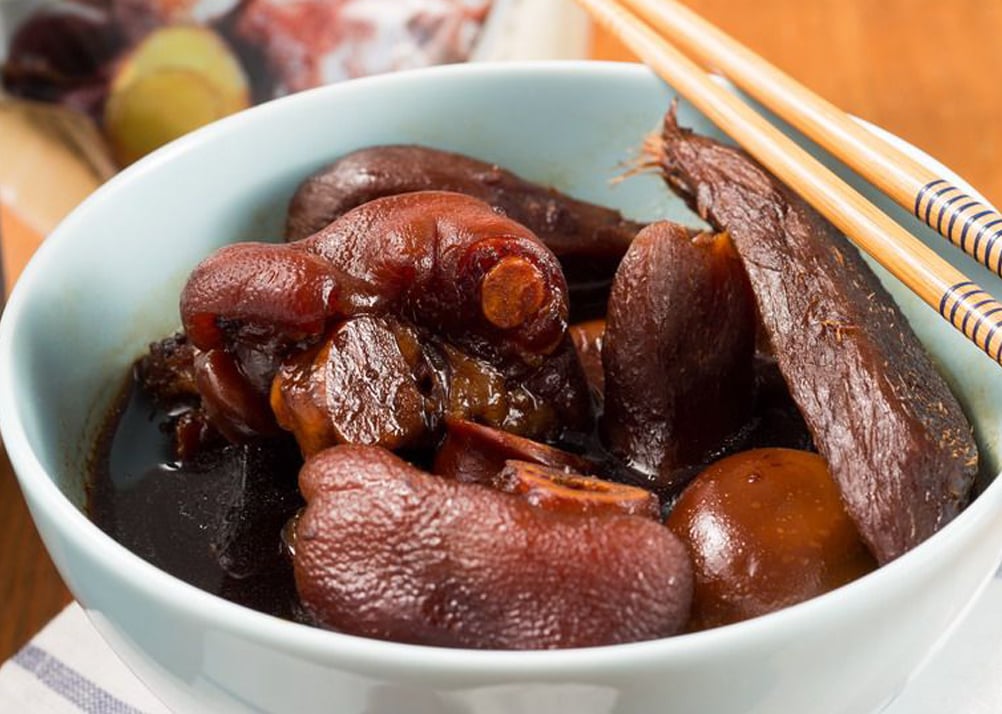 Having a good-hearted family member cook up this stew for you is one thing. But slaving away in the kitchen when you’ve got a newborn to look after?! No thank you!

We at Jouer have created a 薑醋 treat that allows new mums to honour this traditional birth announcement, without having to lift a finger in the kitchen. Keep reading if you’d like to learn more! But first, let’s take a closer look at this legendary dish. 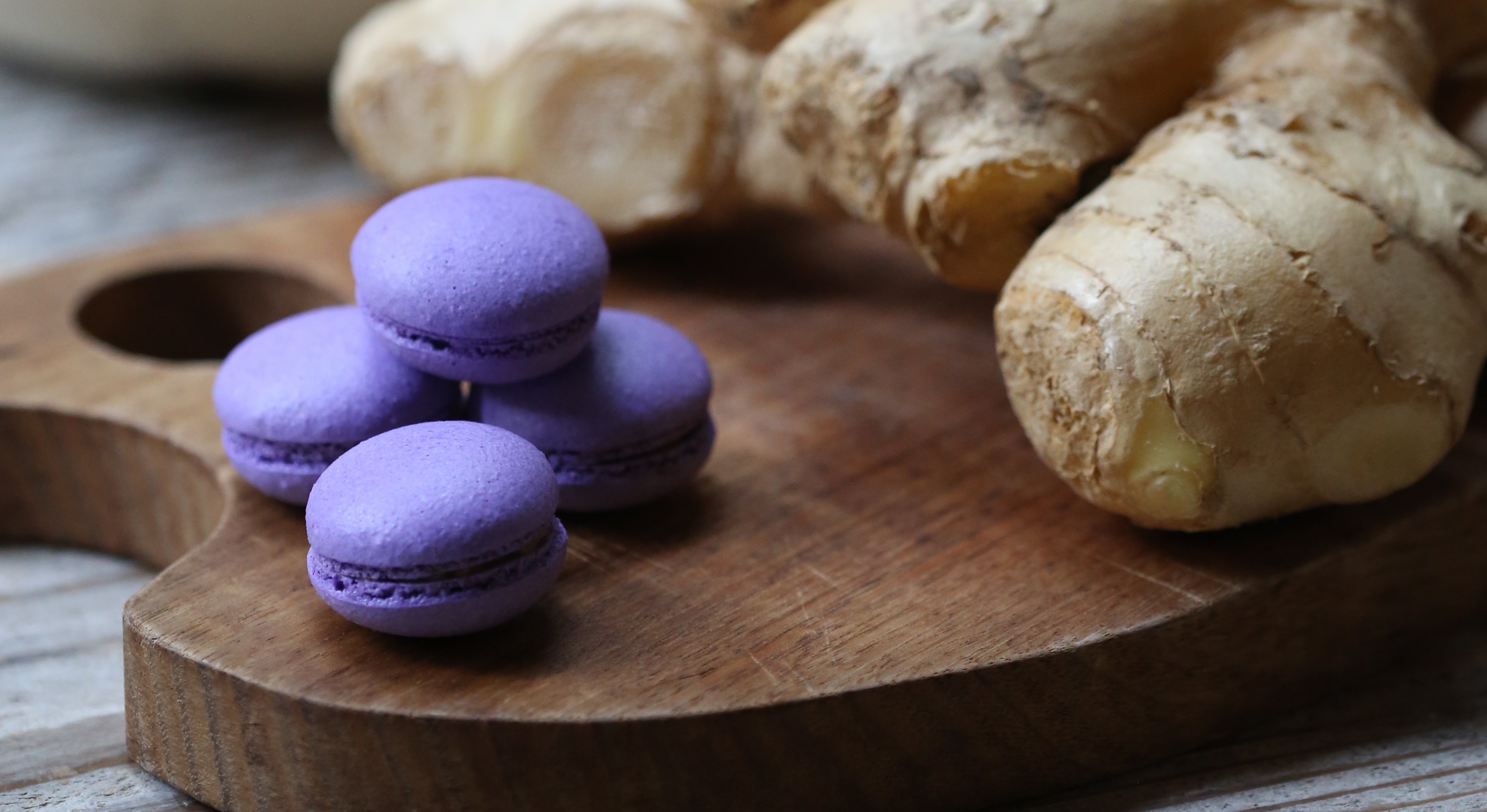 The story behind the stew

薑醋 originates in the Guangzhou region of China, traditionally served to new mums in the first forty days of postpartum confinement known in Cantonese as Chor Yuet (坐月).

Legend has it that in the early Ming Dynasty, a butcher’s mother forced her son to divorce his wife as she was still without child after several years of marriage.

Once leaving the family home, however, the wife discovers she’s pregnant. Determined to keep his wife and son well nourished, the butcher delivers her some unsold pork knuckles stewed in sweet black vinegar with ginger and eggs.

After several years, the wife decides to forgive her mother-in-law, and asks her son to deliver a pot of the sweet vinegar stew as a gift for his grandmother. And of course, they all lived happily ever after.

So what exactly is in this legendary pot of goodness?

薑醋 It is believed to contain all the essential (and affordable) nutrition a new mum requires to recover from childbirth:

As mentioned earlier, it literally takes days to create this dish, and so we’ve created a much more convenient alternative for new mums who want to honour this traditional birth announcement gift: 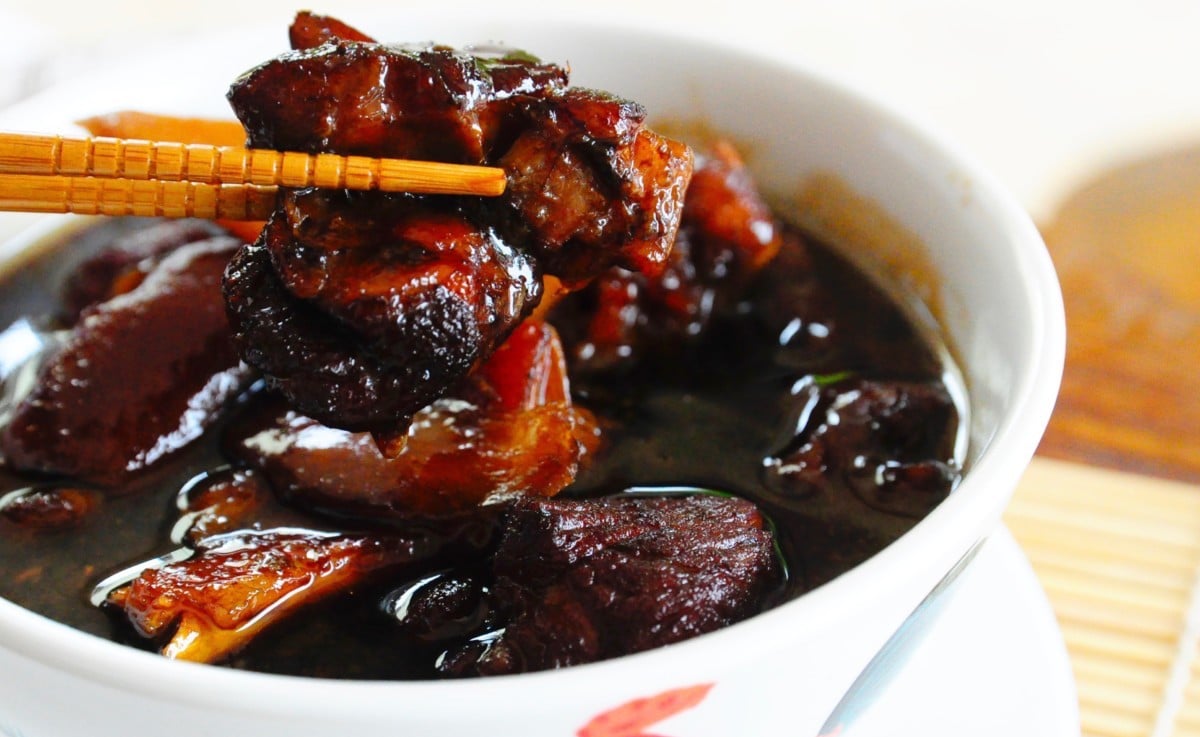 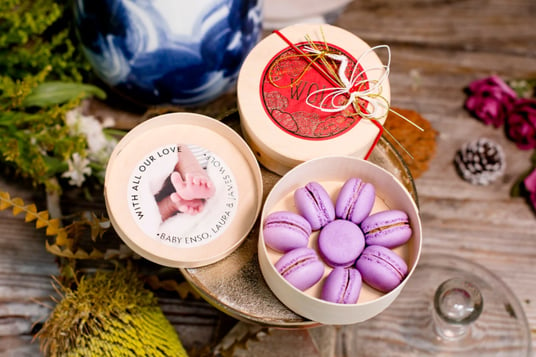 Staying true to the essence of this tradition, we select mature ginger for its extra heat, and beat it to release its flavors and aroma before boiling it with the sweet black vinegar. We then heat it gently until caramelized, before infusing it into the cream filling of the macarons! The combo of gingery heat, comforting sweetness, and bright acidity makes this one of our most surprisingly delicious macarons.

And because we believe in being as tasteful as we are tasty, each set of macarons is presented in a beautiful bamboo box, wrapped with an oriential style knot, with a handwritten birth announcement sticker. You can even customise it with your own photo, a secret voice message embedded in a QR code, or an exquisite Jouer-themed frame.

Becoming a new mum marks the start of such an exciting life chapter. We’d love to celebrate it with you.